In this article I present my personal list of recommendable books on signage, wayfinding and spatial cognition … 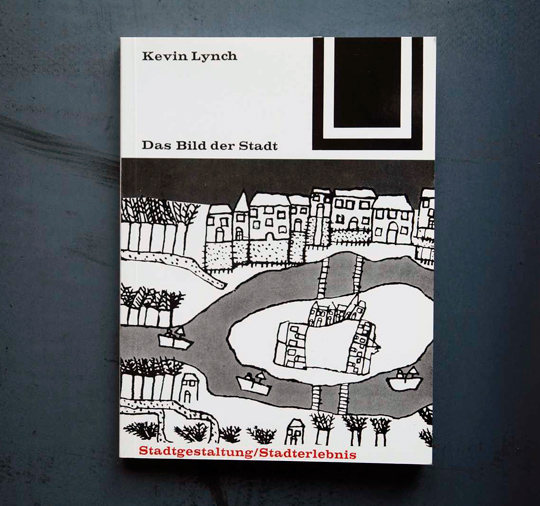 Kevin Lynch: The Image of the City

This book from 1960 is the result of a five-year study on how users perceive and organize spatial information as they navigate through cities. Lynch reports that users understand their surroundings in consistent and predictable ways, forming mental maps with distinct elements like paths, edges, districts, nodes and landmarks. In this book Lynch coined the words “imageability” and “wayfinding”. A must-read for anyone involved in wayfinding, architecture and urban planning of public space. 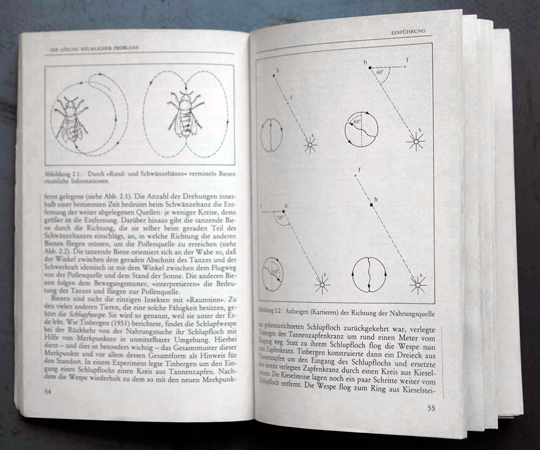 This book from the 1970s expands and broadens the work of Kevin Lynch. It describes the process how mental maps (“a person’s organized representation of some part of the spatial environment”) are created and how we solve spatial problems. 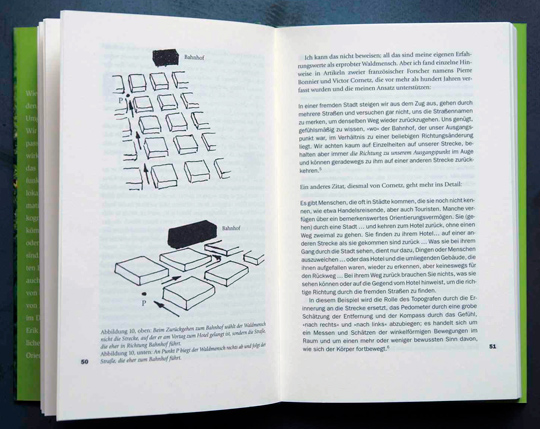 Erik Jonsson: Inner Navigaton—why we get lost and how we find our way

With a lifelong interest in human navigation, Jonsson presents idiosyncratic anecdotes about getting lost. This makes the book very easy to read, because it doesn’t dive into complex scientific theories and studies. But it also makes the book rather shallow. Most stories circle around one phenomenon: How someone’s sense of orientation can suddenly flip so he thinks that west is east and vice versa. While this indeed an interesting phenomenon, the book doesn’t offer much more than telling this story over and over again. 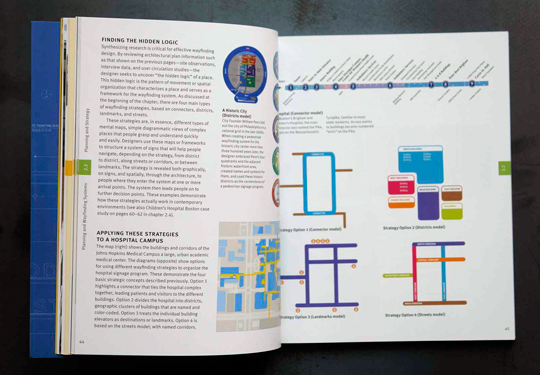 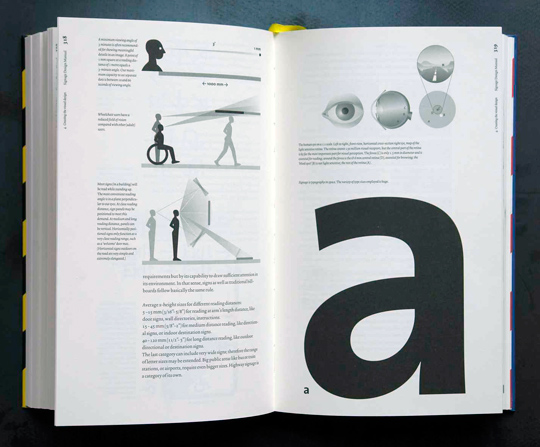 Edo Smitshuijzen’s Signage Design Manual leads the reader step by step through the individual phases of signal design. More than nine hundred illustrations guide him or her through this demanding process. Both in-depth and comprehensive, this book is a unique publication. It not only contains information on traditional methods, design questions, and materials, but even touches on future developments, such as navigational aids for mobile devices and other futuristic equipment. 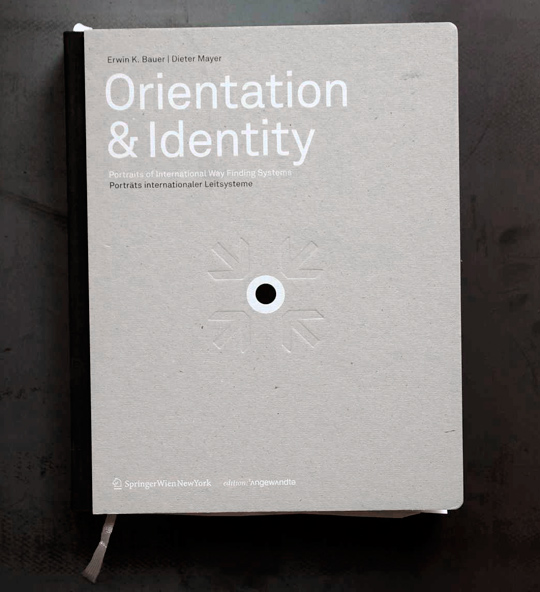 This huge book is a collection of 17 potraits of wayfinding systems from around the world, for example the Legible London project, the road signage system of the Netherlands or the airport in Zurich. The authors interviewed the involved designers, artists, architects and planners and present their multifaceted views on this subject. 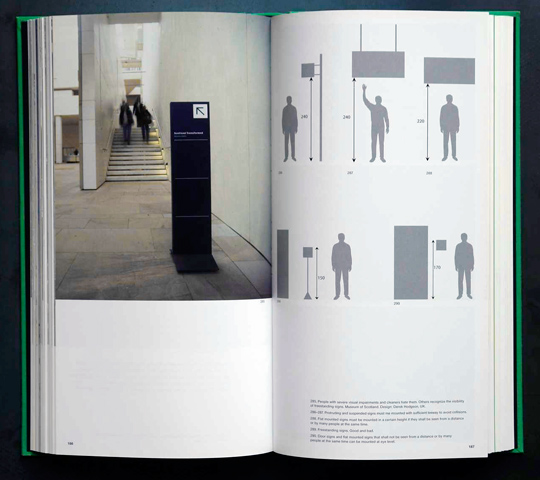 The book deals with the basic principles and practises of wayshowing. The first part describes sign functions, forms and content. The second part deals with these principles in the context of hospitals, airports, rails, museums and cities. The books offers a great introduction to the topic but doesn’t go into much detail. 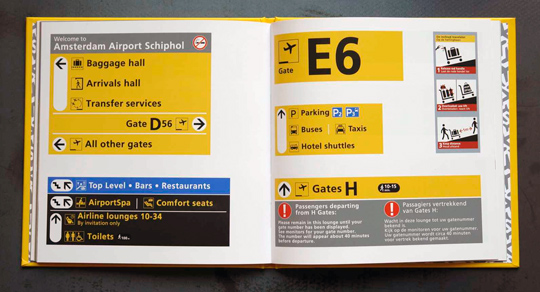 In 1990 Mijksenaar gave the wayfinding system at Schiphol airport a radical update that included the addition of symbols. The design became a standard of signage design for airports all over the world. This 52-page booklet offers a summary and the history of this development. It reveals the visual wealth that the hurried traveller rarely if ever gives a moment’s thought. 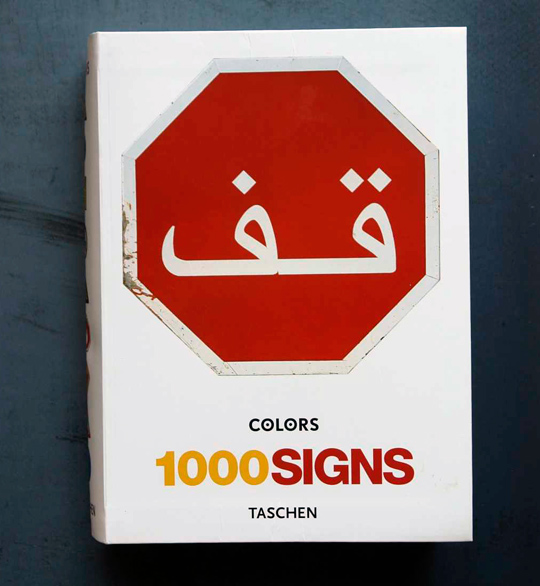 An amusing collection of sign photos from around the world. The pictures are grouped in categories such as animals, stop signs, danger, toilets and so on. Small articles filled with fun facts about signs and local peculiarities in traffic and transportation are distributed across the 313-page book. 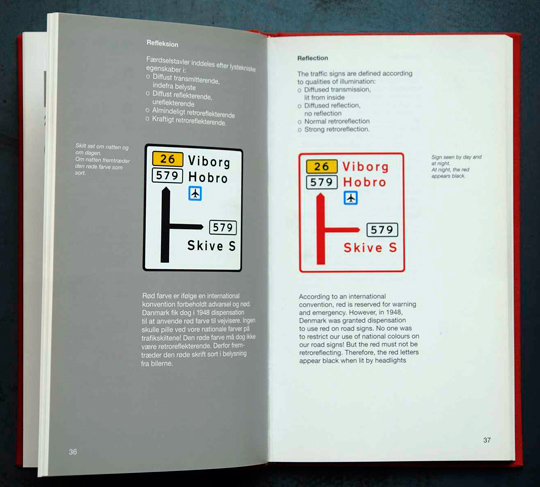 The book describes the extensive redesign of the Danish road signs that started in the 1970s. The layout, the typeface and the pictogramms were all revised and this book explains every step of this work in great detail. 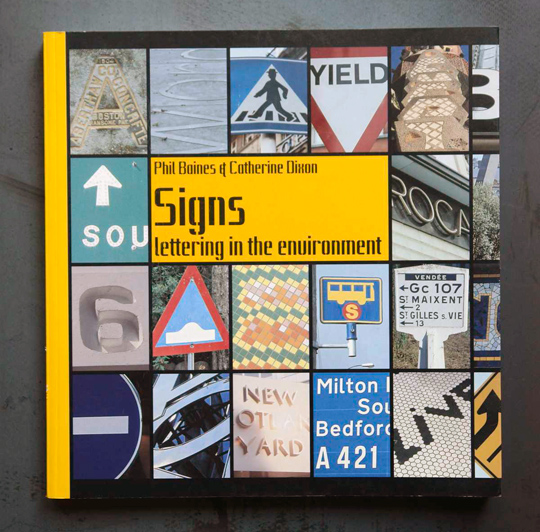 This book is a collection of around 700 pictures from two areas: “Signs to direct and instruct” and “Naming places and defining spaces”. The authors discuss the function and execution of signage, focusing on the intentional rather than on the accidental or temporary. Phil Baines is a senior lecturer on the BA (Hons) Graphic Design course at Central Saint Martins College of Art & Design and the author of Type & Typography. Dr Catherine Dixon is a visiting tutor in Typography at Central Saint Martins College of Art & Design. Together they curate the Central Lettering Record. 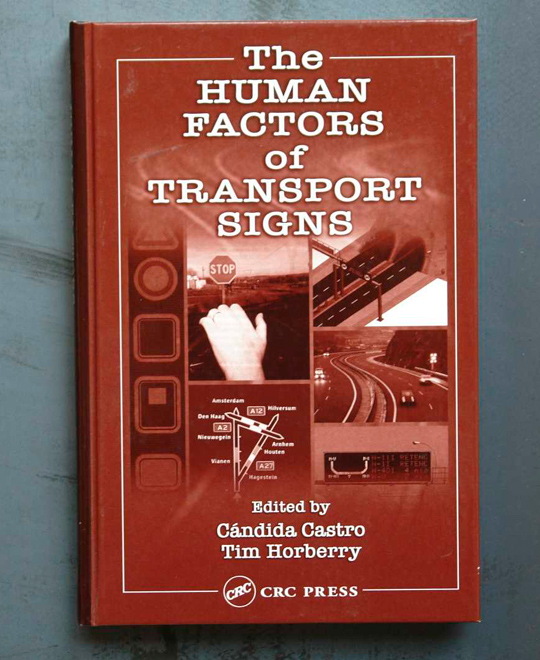 The Human Factors of Transport Signs

The book gathers and presents information relating to aspects of human behaviour that are already accessible within other disciplines but that have not been specifically pulled together in relation to the topic of transport signs. The authors provide logical and clear discussions on human behaviour in both leisure and business settings and in terms of roads, rail and aviation.
The authors have their background in science and engineering, so graphic design and typography are hardly mentioned in this book and if they are, I found the statements rather questionable. 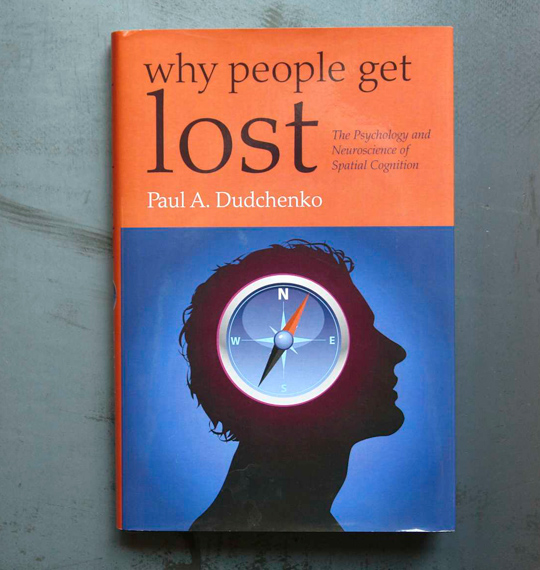 Paul A. Dudchenko: Why People get lost—the Psychology and Neuroscience of Spatial Cognition

This book reviews the psychology and neuroscience of navigation. It starts with a history of studies looking at how organisms solve mazes. It then reviews contemporary studies of spatial cognition, and the wayfinding abilities of adults and children. It then considers how specific parts of the brain provide a cognitive map and a neural compass. This book also considers the neurology of spatial disorientation, and the tendency of patients with Alzheimer’s disease to lose their way. Within the book, the author considers that, perhaps we get lost simply because our brain’s compass becomes misoriented. This book is written for anyone with an interest in navigation and the brain. It assumes no specialised knowledge of neuroscience, but covers recent advances in our understanding of how the brain represents space. 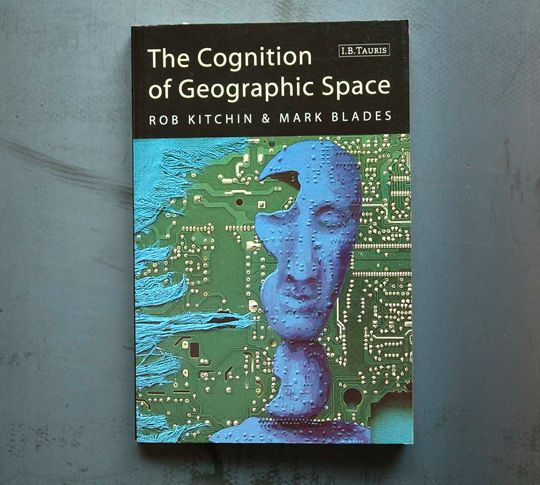 This book looks at how humans think and behave in geographic space. The authors analyze what science know about spatial geographical relationships, and how this knowledge is used in everyday life. They synthesize a variety of perspectives from various disciplines, providing a critical appraisal of geographic space. In doing so, the authors put forth new ideas and theories concerning cognitive mapping, and outline an agenda for future research. 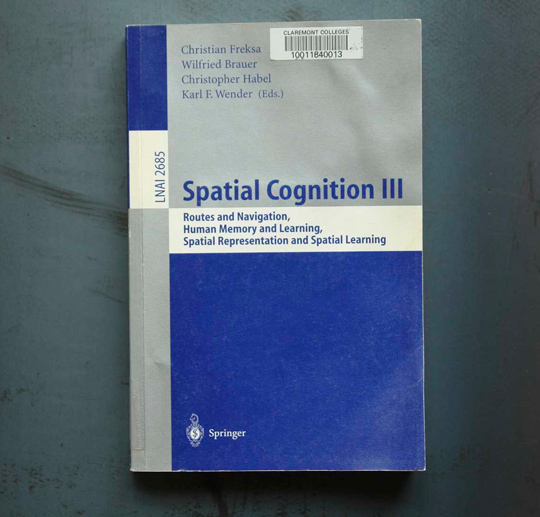 Spatial Cognition I to VII

Spatial Cognition is concerned with the acquisition, organization, utilization, and revision of knowledge about spatial environments, be it real or abstract, human or machine. If you want to dive really deep into the science of spatial cognition checkout the refereed proceedings of the International Conference on Spatial Cognition.