I started to design this infographic for a conference talk about European road signage typefaces, but I thought this might also be useful to share with everyone. 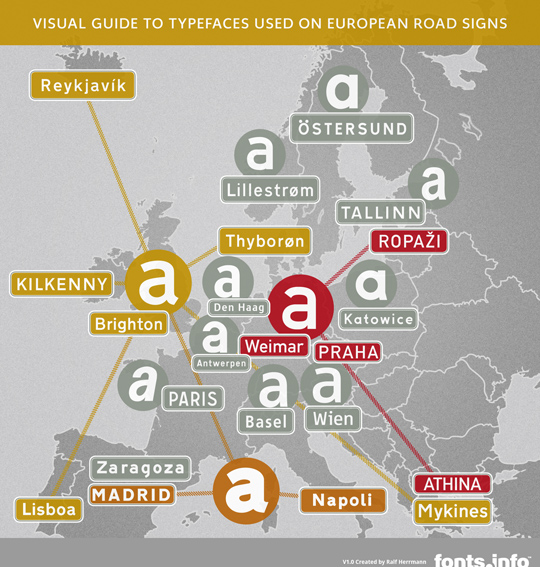